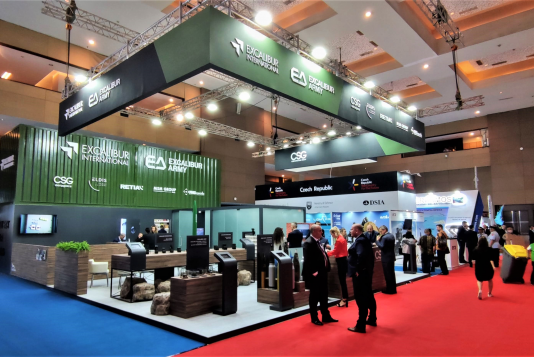 Companies belonging to the CZECHOSLOVAK GROUP holding traditionally present themselves at the Indodefence fair.

The CZECHOSLOVAK GROUP (CSG) holding company, which is part of the CSG Aerospace and CSG Defense divisions, will also participate in the fair which importance increases every year and will present their products and services there.

The Czech industry will be represented at the Indodefence 2022 fair, similarly to 2018, by the companies EXCALIBUR INTERNATIONAL, EXCALIBUR ARMY, ELDIS, RETIA & MSM GROUP.
At the common stand, experts and visitors will be presented on an area of ​​140 m2 ground military equipment, ammunition of various calibers, as well as air traffic control systems and radar technology. CSG holding companies are very active and commercially successful in Indonesia and the Southeast Asian region. In addition, the size of the local market offers other business and partnership opportunities, so they must not be missing from Indodefence. In the past years, they delivered to Indonesia, for example, armored vehicles, Tatra vehicles, rocket launchers, engineering equipment, airport radars, ammunition, spare parts, etc., and other projects will be clarified.

EXCALIBUR ARMY will present part of its current production in the form of models. These include, for example, the Patriot II armored vehicle (which is currently being tested in Indonesia), the DITA 155 mm artillery system, the AM-50 EX bridge vehicle or the RM-70 Vampire rocket launcher with the new Puma armored cabin.

Last year's Indodefence, which was held in 2018, was visited by more than 30,000 visitors, who had the opportunity to see the exhibits of more than 860 exhibitors from 61 countries of the world, which testifies to the already mentioned growing importance of the fair for the local region, as well as global manufacturers.