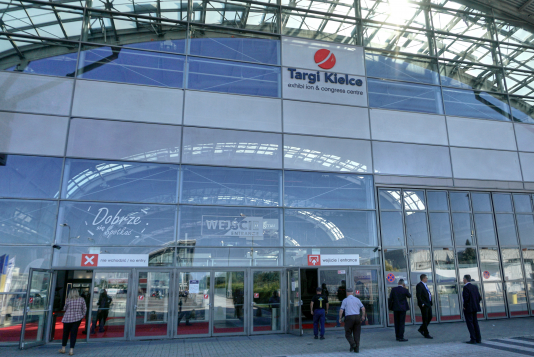 From September 6 to 9, 2022, the 30th edition of the prestigious MSPO International Defense and Security Technology fair will take place in Kielce, Poland, which is one of the largest in Europe. The companies of the Czechoslovak Group (CSG) holding company, Tatra Trucks from Kopřivnica and EXCALIBUR ARMY are its traditional participants and will not be missing this year either.

This year, the companies Tatra Trucks, Excalibur Army, Retia, Česká letecká servisní, MSM Group and Fábrica de Municiones de Granada will present their products and services at the MSPO fair. Excalibur Army will bring a new product to Kielce – the MORANA 155 mm howitzer, which also had its world premiere a few months ago at the Eurosatory fair in Paris. The howitzer, which is the main attraction of the joint exhibition of the CSG holding, will be seen on the outdoor display area, similar to the DITA 155 mm howitzer last year.

We are looking forward seeing you in Kielce!