SUCCESSFUL TEST OF RM-70 IN GREECE 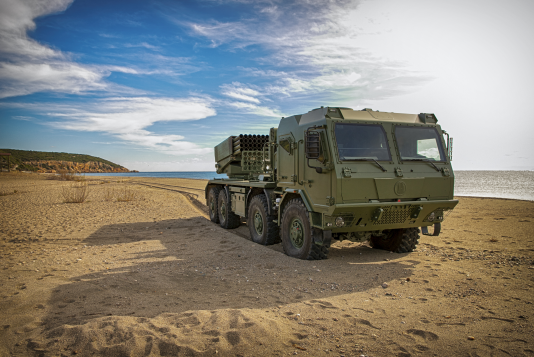 SUCCESSFUL TEST OF RM-70 IN GREECE

In November 2021 testing was conducted to show the Greek side the possibilities of modernization of rocket launchers.

Members of the Greek Army, which operates with the original RM-70 variant, had the opportunity to test the modernized version of RM-70 rocket launcher during demanding tests, including live firing. All tests were successful and carried out under supervision of technical specialists and instructors from EXCALIBUR ARMY.

In the case the modernization project is accepted our company will offer a rocket launcher in a configuration according to customer requirements. The rocket launchers will be delivered on a Tatra T 815-7 chassis with an armored cabin. The modernization program will include a new weapon control and aiming system, a fire control system with a ballistic computer, new inertial navigation with GPS systems, communication and data communication systems, and the ability to control the weapon system directly from the vehicle cabin or remotely. After modernization the rocket launchers would still use the proven 122 mm caliber missiles which the Greek Army already uses and which are also available in new, more powerful variants with longer firing range.

The shooting tests turned out better than expected with a very positive feedback from the Greek Army. The artillery representatives appraised the control of the weapon system directly from the crew cabin, including its guidance, or the possibility of automatic calculation of ballistic elements. They also appreciated the rocket launcher's ability to operate efficiently from unprepared firing positions and the ability to use the rocket launcher as a completely separate combat element or as part of a larger firing set.